For aspiration to achieve high quality in accordance with European standard 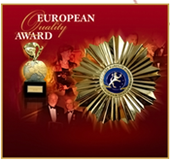 An order sign is connected to the medal ribbon and framed with a coloured ribbon as well. The complete set of the award consists

of a medal, a statue and the diploma 'Grawerton'.

For personal contribution to the development of European integration

The medal of the 'United Europe Award' is made of precious metals, covered with gold (999,9 standard) and inserted with Swarowski crystals.

There is an eight-pointed star at the base of the medal composition and in the centre a medallion depicting a golden European continent against a light-blue background is displayed.

On its outline there is an inscription 'United Europe Award'. The complete set of the award consists of the order symbol, a pink breast ribbon,

a statue and the diploma 'Grawerton'. 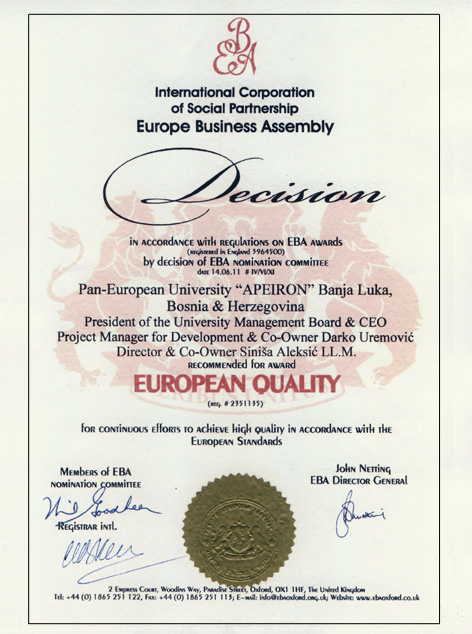 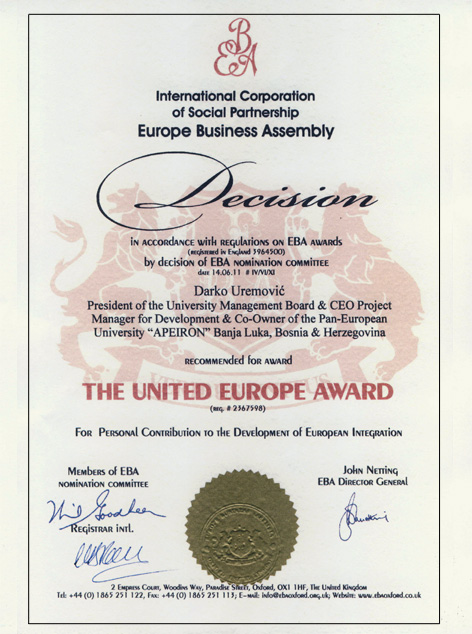 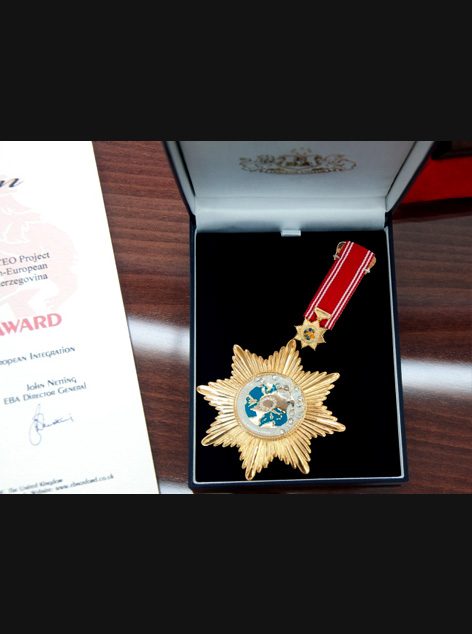 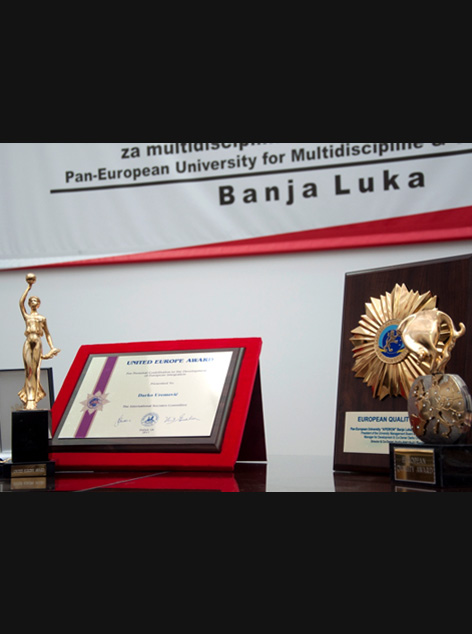